Our guest book review is by Amanda Read.

A creepy psychological thriller shot through with dark folklore.

Lauren is convinced a strange woman is out to switch Lauren’s newborn twins for changelings. Hospital staff and husband, Patrick, brush off Lauren’s fears, she just needs rest, that’s all. But rest is in short supply to a new mum, and Lauren is struggling to cope.

Back home, Lauren is overwhelmed with anxiety for her babies’ safety.

She felt bad for them, that nature had taken away their loving home and put her there in its place; that they’d been pulled from her uterus and placed in her arms, where she was the only thing standing between them and oblivion, them and failure, them and disappointment.

Then the unthinkable happens, the babies are taken. An hour later they are found alive, but Lauren can’t shake the feeling that they are not her babies. Only one person is prepared to listen to her: Detective Sergeant Joanna Harper.

Golding doesn’t hold back in the delivery room, depicting childbirth in all its traumatic, gory and exhausting detail. In common with many women, Lauren is left feeling like a bit-part during the birth, and not up to the challenge of caring for her newborns.

Through Golding’s skillful handling, we empathise with Lauren’s loneliness as a new mum at home, and her realisation that the main burden of parenting will fall on her shoulders. The threat of the changelings is every bit as scary as the alternative – and more rational – explanation that Lauren is losing her mind.

How could her brain conjure something that seemed so real, something laden with so much horrifying detail, and yet there be nothing at all?

The subplots (What is Patrick’s secret? Can Amy be trusted?) and Golding’s firm control of tension, tease the reader to come down on one side of the supernatural vs. post-partum psychosis argument, and then within a page, to change their mind, and then back again a few pages on.

Excerpts of folklore are interspersed throughout Little Darlings. Prevalent among these stories from different cultures, all sharing the theme of protecting babies from harm, is the motif of the changeling. In the novel, the overall effect is that of a storm cloud looming on the horizon, dark and enigmatic. With such respectful handling of superstition, the supernatural is credible.

Golding deftly contrasts the tradition of folklore with contemporary healthcare and police procedure; fantasy with realism; women with men. In this, she has adopted techniques of magic realism*, a mode often used to give voice to the ex-centric – marginalised – position. While Little Darlings does not profess to be a work of magic realism, the novel casts childbirth and new motherhood with an accurate and terrifying slant. In Golding’s eyes this natural process is far from straightforward.

It is no surprise that Mumsnet.com has picked Little Darlings as its book of the month (May 2019). Golding’s portrayal of childbirth and the reality of being a new mum is likely to inspire much discussion and may even open debate on how society cares for mothers.

Little Darlings is loosely based on the Celtic fairy tale, A Brewery of Eggshells and has echoes of Hannah Kent’s The Good People and Cuckoo by Sophie Draper.

Golding writes with such confidence, her plot and pacing never falter. Little Darlings surges like a tidal wave towards a most satisfying conclusion. An outstanding debut.

*For more on magic realism, see the following pages of my website: 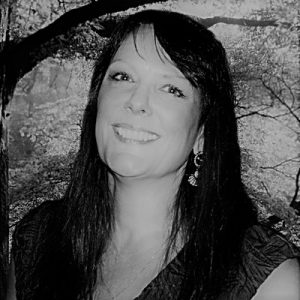 Amanda Read is a writer and botanist. Her writing celebrates plants, nature and supernature. An MA (distinction) in creative writing (2017) at Bath Spa University brought to fruition her first novel, Rewe: World Tree. With her next project, a magic realism adventure, she is exploring the writer-reader relationship: how the choices made by writers influence perceptions of plants and conservation. www.amandaread.net Connect with her: @_ReadAmanda