Take Your Time by Dionne Hargreaves 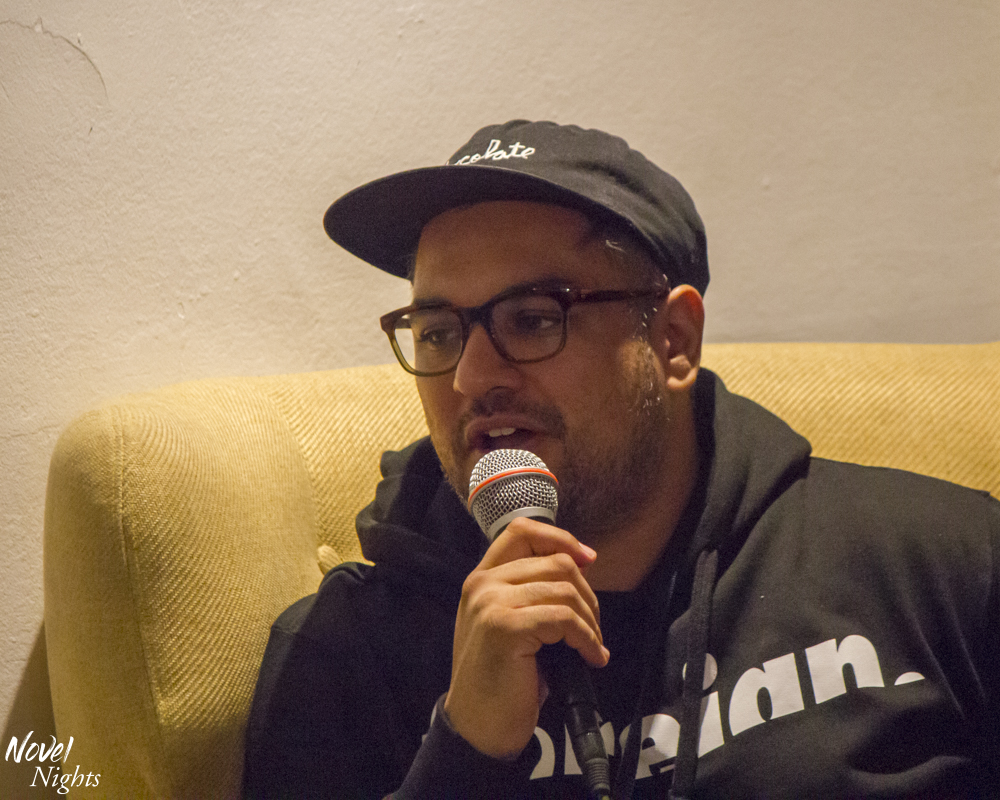 Take your Time – by Dionne Hargreaves

Nikesh Shukla advised writers to “Take your time” at Novel nights on 24th October, part of the Bristol Festival of Literature programme.

The evening was co-hosted by Jari Moate, author of Dragonfly and Grace Palmer bringing together writers to talk about culture and being persistent.

Nikesh Shukla started writing his novel “The One Who Wrote Destiny” when he was studying law at the age of 19 years old. It stemmed from his uncle bringing a case in court under the Race Relations Act in 1968. His uncle attempted to buy a house but his offer was refused because of his skin colour.

Nikesh went back to his novel five years later, but wrote Coconut Unlimited, his first published novel. He then returned back to The One Who Wrote Destiny. He realised it wasn’t working and moved onto his next project – Meatspace. He then returned to his faithful friend for re-writing.

Nikesh said: “You only need one yes”. He has faced rejection on basis of race – because the publisher already signed up one Indian writer that year. His reply was “I’m from Harrow”. He said: “Don’t waste your time with the wrong agent. Do your research.”

Nikesh suggests finding an agent that is just starting up – they want the fresh talent. Nikesh said; “It is important to decode rejection letters. There is a difference in cut and paste jobs or personal emails.”

Nikesh advises to “Do your first draft. Don’t look it for 3 months. Do the second draft. Read through the whole manuscript and then work on characters, pacing and syntax.”

He is the co-founder and director of The Good Literacy Agency. They discover, develop, and launch writers under- represented in mainstream publishing. Nikesh said: “This agency is for those who can’t afford creative writing MA’s and expensive courses.” Nikesh believes that writers should be nurtured.

A writer, Rosanna came out of this agency. She started writing her book, “Book of echoes”  in 1994. She was given editorial notes to do and it took her 20 years to complete. That is persistence for you!

Other readers that evening were:

He has lived and studied in four continents and his debut collection is “The Nomadic slave.”. He said this inspired by his partner and read an extract about meeting a “beautiful lady”. His tip on persistence was “stick with one thing”.

Comedy and historian writer, read an extract from his latest novel, “Down in Demara.” He said this was the third book in a trilogy and it was about the main character getting “his shit together and settling down”. The extract was about being in an aircraft, pilot falling asleep, the engine failing but then disaster being averted. I found the part when the pilot said “we have plenty of time before we hit the ground,” witty and scary. I am worried about going a plane again!

Sabrin is an Italian – Palestinian transnational writer. She is currently doing her PHD in creative writing with AHRC funding support. She is writing her first book about her mixed family. She said doing a PHD and writing is like “a moment of panic and coffee”.

She read an extract from chapter 2. It is set in 1967 and writes about her father being 10 years old. His mother was a Christian and his father was a muslim. Her father doesn’t know what to put on his identity cards. Sabrin explains it makes a difference and makes it feel like an invisible border.

Thank you to Grace Palmer and Novel nights. It has been going for 5 years now, allowing a showcase of budding writers to read extracts from their novels to friendly audiences like us. Long may it continue.