Sanjida Kay on her latest novel One Year Later 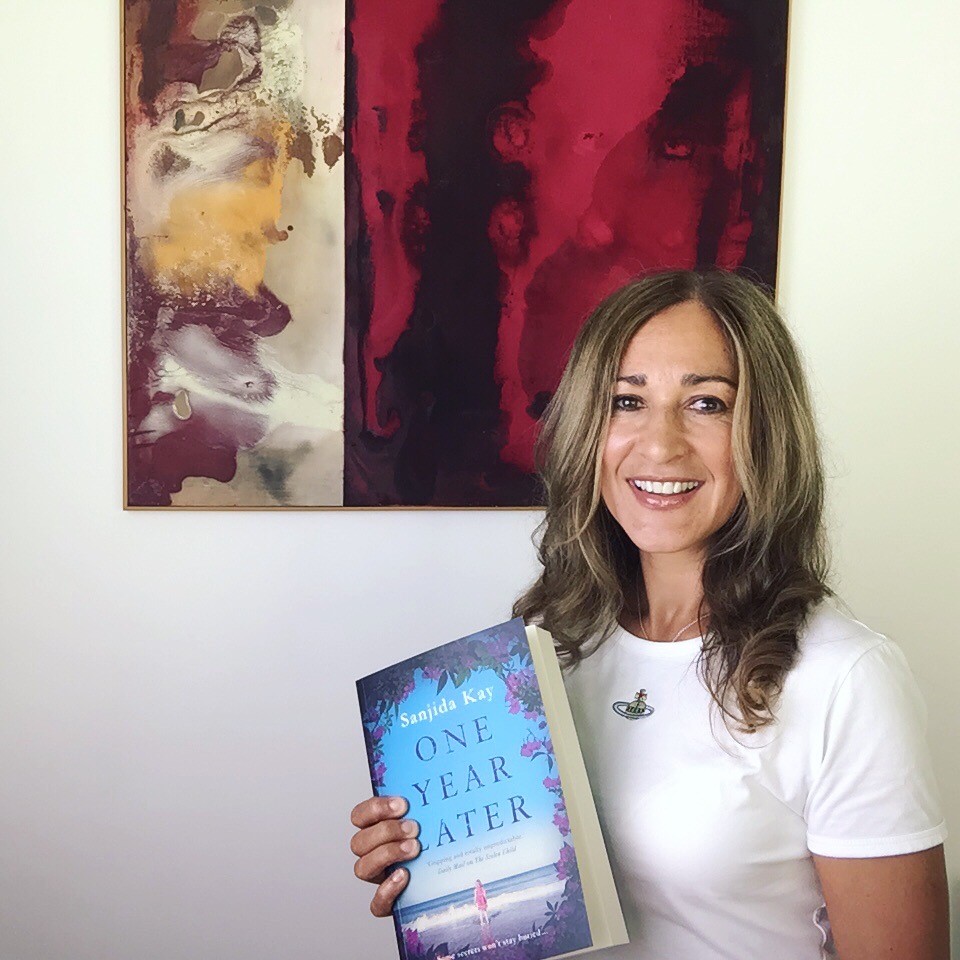 Two years ago we bought a house in Somerset in a remote, rural location.  We spent the summer camping in the garden and dreaming about moving in one day after we’d finished renovating it. At the time, I was writing my next psychological thriller, One Year Later, which has just come out this month. Having that distance from what would be our new home was inspirational, and I thought I’d share with you a couple of the ‘behind the scenes’ stories to show how every day events can be worked into the fabric of your fiction.

The story is about the dysfunctional Flowers family who live in Bristol and grew up in Somerset.

‘The Pines is a rambling farmhouse that our parents, David and Eleanor, converted years ago, and although it no longer has the land it came with, it still has a huge garden. It sits on the lower slopes of the Mendips in Somerset, the woods behind, green fields gently falling away in front of it. On a good day – and 15 August, with its clear blue skies, was one of those days – you can see over the tops of the seaside towns of Clevedon and Weston-super-Mare and all the way across the Severn estuary to Wales. It’s where we grew up, Amy, Bethany and I.’  Nick. One Year Later

The day before Ruby-May’s second birthday, the entire Flowers family are in Somerset at their parent’s house. There’s a tragic accident and Ruby-May drowns in the garden pond. The story starts a year later when the family, beset by grief, decide to go on holiday to heal and repair their relationships with one another. They travel to a beautiful island off the coast of Italy, but  no sooner have they arrived, than they discover nothing on this remote island is quite as it seems. With the anniversary of the little girl’s death looming, it becomes clear that at least one person in the family is hiding a shocking secret. As things start to go rapidly wrong, Amy begins to question whether everyone will make it home…

I’d already had the idea of beginning a book a year after a death has occurred. In the garden of our house is a small pond. And small as ours is, I think we’ve all been warned about the danger of leaving small children unsupervised by even shallow bodies of water.

‘Ruby-May holds out a bunch of tiny purple flowers in her small fist. Her fingers smell of spearmint. She opens her mouth and green water pours out; skeins of pond weed are tangled in her baby teeth.’   Nick. One Year Later

The area we’ve moved to is unusual: it’s barely populated now, but was once home to a thriving mining community. Also in our garden is an old, tumbledown cottage. Before we moved in, I started thinking, what if a child were playing amongst the ruins and it collapsed? It became the basis of a terrible scene in my novel…

‘I was lucky, the doctor said later, that I hadn’t been buried alive. I was lucky, he added, that I hadn’t died. Since then, but only to myself, I’ve always rephrased his statement: I’m lucky my sister didn’t kill me.’  Nick. One Year Later

I told my husband what I was writing and he was so concerned that he hired a stone mason to shore up our ruined cottage and make it safer. Now a lot of the vegetation shrouding it has been cleared away, and one wall has been repointed.

‘We walk through the garden, and the beam clips the outline of the ruined cottage. I pause alongside it, feeling the familiar surge of panic, the sickening sensation I still have in dreams, of falling, of being buried alive. It’s shrouded in ivy; a sycamore has grown through the bread oven, the roots like something out of The Blair Witch Project.‘   Nick. One Year Later

As you can see, two fairly inocuous observations became central plot twists   in One Year Later. Any event, fact, overheard conversation can be developed into a plot twist or become the basis of a scene or back story for a character. The key for me is that I always ask two questions: What if…and then I imagine various different outcomes for my projected scenario. My second question is Who knows? because if some characters know, then others do not, and the hiding and revealing of information to characters and to the reader is what will, hopefully, keep the audience glued to your book.[vc_gallery type=”image_grid” images=”19291,19292,19293″]