Review: The evolution of publishing with Tangent Books at Novel Nights 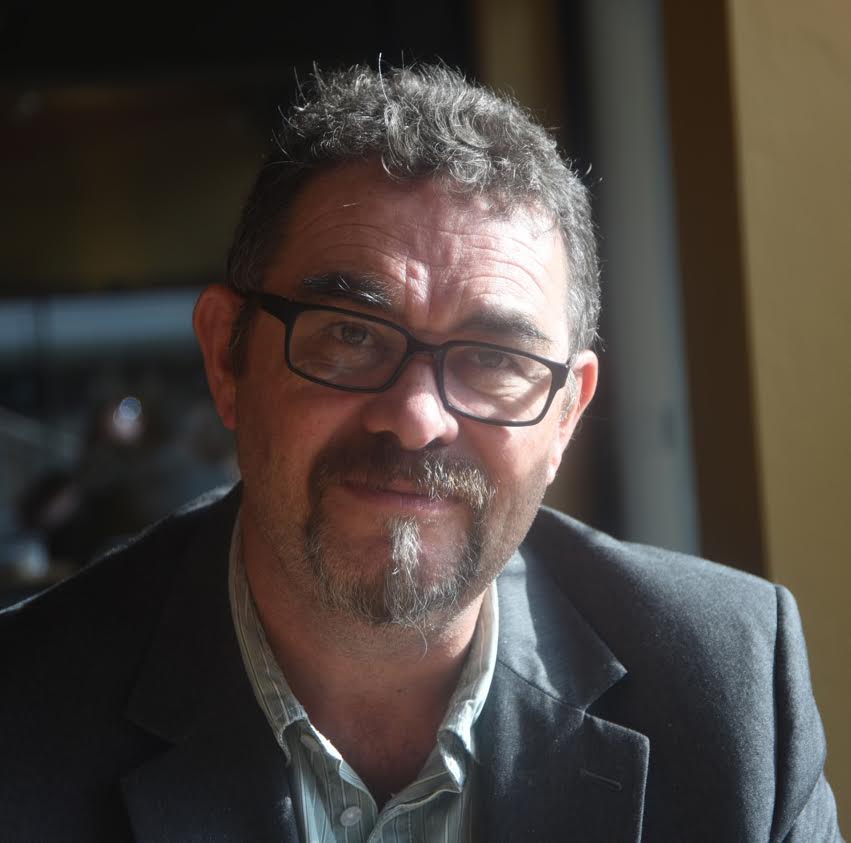 Editor of the arts review blog, Bristol Eye, Ivana Galapceva,  blogged about  April’s Novel Nights this month. Her reviews on art, theatre and culture can be found on Bristol Eye

Here is her review in full:

Novel Nights is a series of monthly literary events at The Square Club. Each month features readings by budding local writers and chairs industry speakers. This month attendees had the pleasure of getting acquainted with three writers: Kevin Henney, Suzanne McConaghy, and Gavin Watkins.

Suzanne McConaghy has had many educational resources published and won the publisher’s Diamond award for French and Spanish fiction in 2015 and their Outstanding Author Award 2016. She has a middle-grade novel in English out to agents, is revising an adult thriller set in Colombia and has begun a dystopian story, working title ‘Takeover’. This is a young adult novel set in a dystopian world only a few years from now, and for Novel Nights she read from her chapter 1.

Kevin Henney writes shorts and flashes and drabbles of fiction, which have appeared online. His stories have been published in literary magazines and anthologies. He organises the BristolFlash events for National Flash Fiction Day and is involved in the organisation of the Bristol Festival of Literature. He presented his short story The Jar over the Edge.

Gavin Watkins is a Bristol-based writer, inventor, poet, engineer, artist, baker, runner and brewer of exotic wines. He is a member of the Bristol Writers Group, and a committee member of the Bristol Festival of Literature. He has had short stories published in local anthologies, and his own zines. His debut novel The Ultimate Career Move – a pop music conspiracy novel – is available from Tangent Books and Amazon. He read an excerpt from his book for Novel Nights.

The second part of the evening featured Richard Jones as a guest speaker, who is the brains behind the Bristol-based publishers Tangent Books. Tangent publishes titles as diverse as the Bristol Short Story Prize anthologies, Banksy’s Bristol, as well as short story collections. Their list is divided thematically into Art, Bristol and Books and their list includes memoir, fiction and poetry.

Richard is a regular at the London Book Fair and this year took notes especially for the Novel Nights audience.

Raising the question over to the audience of why one needs a publisher, a discussion opened up around the need of endorsement by a mainstream publisher, the validation, and the quality control process – all very legitimate and valid reasons for one to aspire getting an agent and a publisher.

Leaning on empirical evidence that shows there is a different route for writers, Richard talked about self-publishing or more specifically the Kindle Direct Publishing by Amazon, and the fantastic benefits that authors get when they pursue this path. He gave specific examples of authors’ successes (Adam Croft) and emphasized that unlike traditional publishers Amazon reacts really quickly to what is doing well.

Authors who choose to publish this way regard themselves as the CEOs of their own company and work on their writing with an entrepreneurial spirit and flare.

Richard emphasised the distinction between independent publishers and independent publishing. Amazon is not only a shop, but also a publisher with a massive distribution network so that anyone in the world can access your book. Authors who self-publish are asked to adhere to the highest professional standards; employing copy editors, development editors, a team of proof readers.  Richard stressed the notion of writers investing in their work, just as photographers would invest in their kit.

There was also a mention of the opportunities for audio books describing it as a massive market that is largely untouched.

It was interesting to hear the opinions of the audience and to discuss Amazon as both an opportunity for authors and a threat to publishers – quite a powerful dichotomy.

Richard Jones provided invaluable insights into publishing trends and initiated an open discussion about publishing. It was an interesting evening giving authors lots of food for thought.

There was also a mention of the opportunities for audio books describing it as a massive market that is largely untouched.