Meet the amazing writers who share their work at Novel Nights, alongside our guest speakers. If you want to share your work get in touch.

Kate Simants  moved from London six years ago, but she still finds herself writing about the capital because it suits her style of bleak noir better than Keynsham. Her first novel The Blanks was inspired in part by her work as an undercover TV journalist. She’s now completing the first draft of her second novel, Lock Me In, which she will be reading from today.

Caroline New taught sociology at Bath Spa University until her retirement and since then has been learning the art of fiction writing, including through a Creative Writing Masters at Bath Spa, among the peacocks, but also through the necessary hard solitary slog. She has completed one novel and is happily writing another, set on a caravan site, about an eco-fascist regime post climate catastrophe. This is an extract from her debut novel, China’s Daughter, which is a coming of age story set among British Maoists in 1976.

Alan Toyne  is zoo keeper at Bristol Zoo and a member of Bristol novelists writing group. He has had two short stories published and is a winner of the Guardian and BBC Radio 5 travel journalist of the year competition.
His current novel; Breaking Eden, is a multi-view point thriller set in a dilapidated creationist zoo in Cornwall. Breaking Eden is a tense, darkly comic and violent thriller that shines a light into the world of zoo keeping and the illegal animal trade. He is currently editing Urban Ape.

Maunagh Kelly is a painter living in Bristol. She was first published as a poet but some years ago defected to prose and the challenge that literary fiction presents. She has completed one novel, ‘The Perfect Shoes’, a story of love and obsession and, of course, shoes – and is now writing her second, ‘Number 61’, a young woman’s experiences living in a commune in the 1970s. She is a member of Bristol Novelists.

Trevor Coombs graduated from the University of Bristol Diploma in Creative Writing in 2003 with distinction, and has been writing historical novels and performance monologues ever since. The Diary of a Somerset Photographer is his third novel, his second to be set during the 1st World War. As the title suggests, it takes the form of a diary. He is currently finishing his fourth novel, The Impotent Voyeur, an extended monologue and stream of consciousness story, set in Argentina in 1970, but taking in large parts of the 20th century.

Claire Snook A former journalist now working in the digital world, Claire completed her MA in Creative Writing at Manchester University back in 2011. Her first novel, The Noh Mask, secured Claire a contract with the Darley Anderson Agency, but is yet to find a home. Heathlands is her current novel-in-progress.

Pete Sutton  dreams up stories, many of which are about magpies. He’s had stuff published, online and in book form, and currently has a pile of words that one day may possibly be a novel. You can find him all over social media or worrying about events he’s organised at the Bristol Festival of Literature. On Twitter he’s @suttope and his Bristol Book Blog is here: http://brsbkblog.blogspot.co.uk/  He’s contributing editor of Far Horizons e-magazine which can be found here: http://info-far-horizons.wix.com/far-horizons-emag

Ali Bacon , author of A Kettle of Fish, A coming-of-age novel set in Scotland. Short stories i  The Unchained Anthology, by Bristol Women Writers.  Her first novel was shortlisted for the A&C Black First Novel Award 2007 and her second A Kettle of Fish was published in 2012  by Thornberry Publishing.

Mike Manson Bristol based writer and historian Mike Manson has recently returned from South America where he had been undertaking research for the novel he is currently writing – ‘Down  in Demerara’.  Venue Magazine said his most recent novel, Rules of the Road  ‘… confirms Manson’s stature as a top drawer comic writer’.  His first novel ‘Where’s My Money?’ (Tangent Books, 2008) was described by Arthur Smith as ‘full of brilliantly observed characters and consistently witty – and carries a poignant punch.’  Recently republished by Bristol Books, Riot! illuminates a darker moment in Bristol’s history. The book vividly recreates the dreadful sequence of events that led to the Bristol Bridge Massacre of 1793.

Bec Treveil has read twice at Novel Nights. Her novel is Encoded, an adventure for teenagers. Bec has just finished her MA in Writing for Young people at Bath and was awarded the Most promising writer by United Agents. Her manuscript is a supernatural/sci-fi adventure for teens.

Eugene Lambert Bath Spa Graduate MA “Writing for Young People”. His SF thriller, The Sign of One, was shortlisted for AM Heath’s Irish Children’s Prize, 2013. He is represented by Ben Illis at the BIA agency. Since we saw him at Novel Nights in 2014 he has got a three book deal.

Fiona Longsdon  graduated  from the Creative Writing MA at Bath Spa with a distinction last year and was short listed for the Janklow and Nesbit Bath Spa Prize. Her novel Mother Love centres around a fractured relationship between a mother, Oriel, and her daughter, Stella. Stella is made to believe that she’s responsible for her younger sister’s death, and the novel follows her search for redemption, and the discovery that she was lied to.

Simon Tonkin, is a member of Bristol Novelists Group. He was recently awarded the 80th poet by Liberty. Simon writes literary fiction and his novel The Writing Shed tells the story of a man obsessed with Dylan Thomas. He is currently working on this second novel.

Mina Bancheva was born in Bulgaria and emigrated to the UK in 1968. She lives in Bath where she works part-time as a psychotherapist.  She completed the MA in Creative Writing at Bath Spa University in 2012, gaining a distinction. While on the course, she was short-listed for the Janklow and Nesbit Bath Spa Prize for her first novel Blue is the Colour of the Mountain.

Anne Corlett is a criminal lawyer who has completed two novels and is represented by the Richard Becklow agency. She has been on various competition longlists and shortlists, recently won the HE Bates prize and was place third in the Bristol short story prize. She is a student at Bath Spa on the MA.

Helen Abbott. Helen’s penname is AAAbott, deliberately  gender neutral.  After many years working for international companies, she writes about office life, spicing it up with murder, blackmail and fraud. Her  last thriller was Up In Smoke. She’s reading from her new thriller, After The Interview, about the clash of big egos in IT. We’ve all had a really bad interview, but what happens when the tables are turned? In After The Interview, small mistakes have devastating consequences. Helen is an Indie author.

Jim Broughton Jim’s novel, ‘The Lazy Y’ is a novel about the cowboy code, set in the Wild West with the main narrator being Peaches. It also features Lucky, on account that he’s a woman.

Lesley Gilillan. On an MA in Creative Writing at Bath Spa (which she passed with distinction), journalist Lesley Gilillan embarked on her first, as yet unfinished novel, Dark Side of the Moon. The novel is about growing up in two very different eras, a generation apart. Set in the 1970s, Linda Pink, a shy young student, joins a crowd of drug-fuelled, drop-outs hell bent on self-destruction – while, her mother, Dorothy, recalls painful memories of lost love, stolen youth and the tragedies of war.

Paul McIntyre  is a member of Bristol Novelists and attended the University of Bristol Creative Writing Diploma. He is currently writing a thriller, The  Blubber Bullet.

Jean Burnett’s novel ‘Servant of Darkness,‘ is a historical novel set in Renaissance Italy about the composer/murderer Gesualdo. Jean Burnett has worked as a journalist and advertising copywriter. She is a full time writer. Her novel Who Needs Mr Darcy? was published  Little Brown. Jean is a member of Bristol Women Writers’ Group.

Ken Elkes Ken is a travel writer and journalist who won the Fish Flash Fiction prize in 2013 and he’s also been shortlisted for the Bridport Prize.

Lily Forbes is a Retired paediatric nurse, a mother of 2 and grandmother of one. Her memoir, Under the Mango Tree,  is based on the first 22 years of her life in Malaysia and India, and is about fulfilling her childhood dream of coming to the UK. Lily was a guest speaker at Novel Nights alongside Silverwood Books.

Patrick Collins is an Irish writer who has completed three novels.

Amy Wilson’s novel is  Sherb and Manchego, a YA fantasy novel about one girl’s journey to restore sunlight and hope to a world lost to winter. Amy is a Bath Spa MA Graduate and former journalist

Grace Palmer Co-founder and organiser of Novel Nights. Grace’s first novel is The Wish Bone, which tells the story of a family in crisis. Grace works as a press officer and has a background in PR and marketing and a creative writing and english degree.  From time to time she writes poetry and performs stand-up. She’s editing her novel and is looking to place it soon. 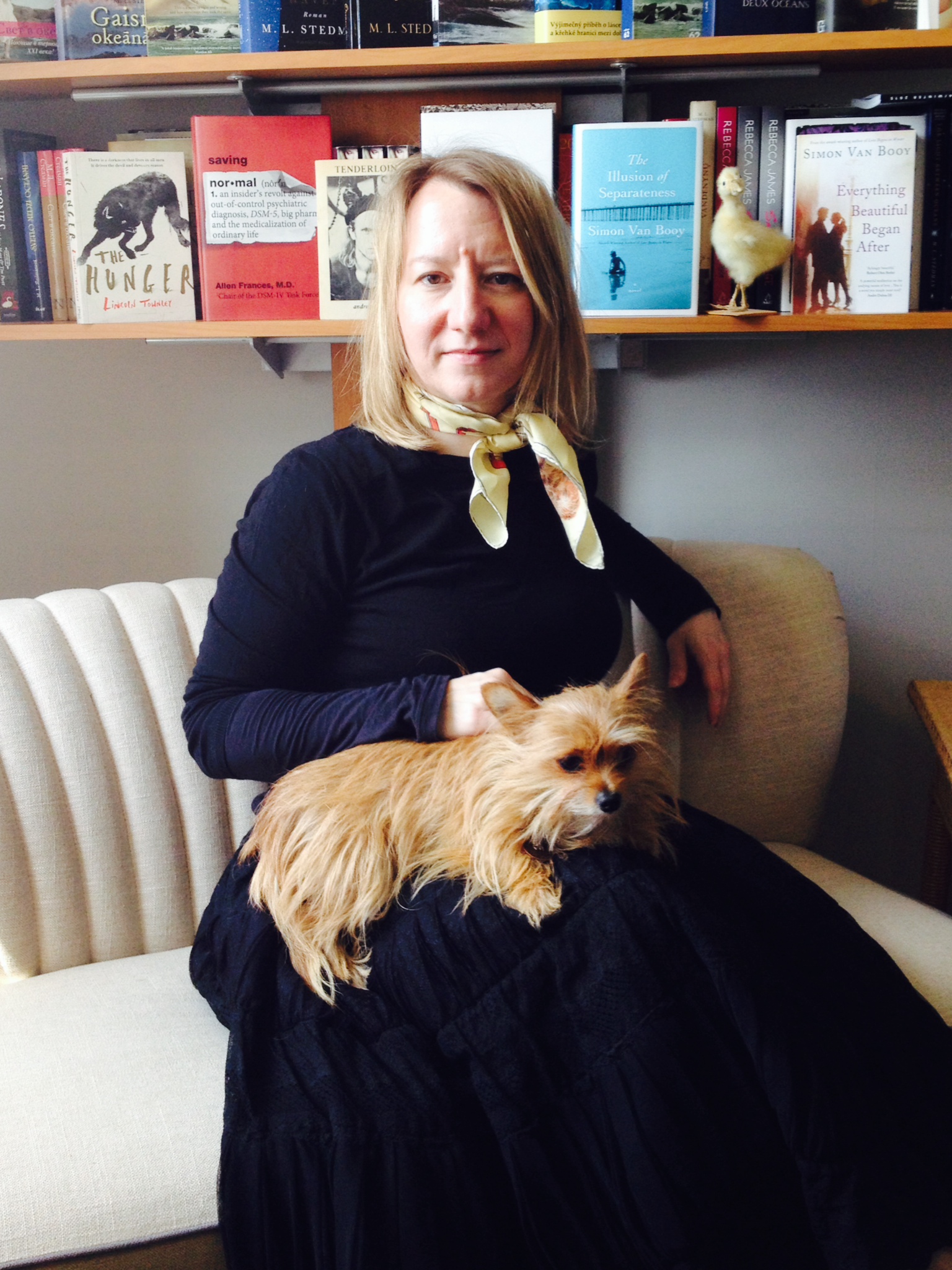