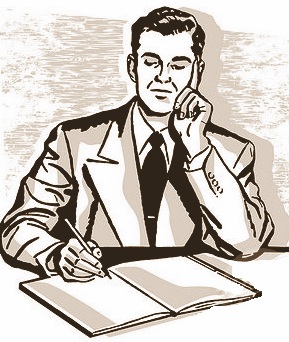 I was twenty-nine when I first tapped a space-bar and peered into the dull green pixels of an Amstrad PCW8256 screen. I was thirty-four when I first logged on to the internet – although I misheard it as ‘locked on’. And I was thirty-nine when I set up an email account – AltaVista! Fifteen years later I couldn’t wait to try out Twitter and get on to Facebook, and within five minutes I couldn’t wait to get off Twitter. With Facebook it took about a year before I searched how to delete your account. Computers, internet, email, even good old tax-avoiding Google, all GR8. Social media, WTF.

So, having established I was probably not in the right audience demographic for a Novel Nights evening dedicated to comic writing and social media for writers, I thought YOLO and decided to go along anyway. And what a joy it was.

Nikesh opened his part of the evening by recounting how he launched a lamb chop into space as a promotional stunt to publicise Meatspace, his latest book. Not just any old lamb chop – cue M&S ad music – but a tandoori cooked lamb chop from Tayyebs Punjabi restaurant in east London. It sounded so easy. Attach fork holding chop to helium weather balloon, add essential ingredients of camera and GPS tracking device, sprinkle with plenty of good luck, and hope for the best. Watch the video on YouTube to see how it happened.

For those who’ve misplaced their urban dictionaries, ‘meatspace’ is the physical world, as opposed to cyberspace or a virtual environment. Nikesh came clean on a few things before he gave us a reading. Having found himself with forty unexpected quid, and discovering the £12.99 edition of Meatspace had dropped to £0.01 on A****n (there are some places on the internet I will never go), he decided to buy as many as he could to boost rankings and to sell at events like Novel Nights. He also said he liked to get the odd product placement into the first chapters of his books – a Gaggia coffee machine in Meatspace – in case somebody high up in the company just happens to be present. (I’d be more inclined to mention Grecian 2000, removes as much grey as you want.) Nikesh paused after the word ‘Gaggia’ and looked around the room, but there were no Italian-looking suit-wearers sporting faint coffee aromas to be seen. Visibly disappointed, he read a few pages from Meatspace.

On to the Q&A. To be honest, I didn’t hear many of the questions or answers because my head had filled with this amazing idea of sending a parsnip into space. The logistics I now knew were simple, the equipment easily within reach, but would I have to write a novel set on an allotment? Difficult. I raised my hand. ‘Do you have any plans for root vegetables?’, I asked, thinking it best not to mention actual parsnips for fear of giving away my idea. Writers will steal anything of obvious quality. Nikesh replied how he used to be known as Yam Boy when he was rap artist (surprised me too), but, apart from yams in a musical setting, no other vegetables were mentioned. Having ascertained that he had no plans for a sequel aimed at vegetarians, I clenched my fist. Parsnips, turnips, even swedes, you’re mine now. (Just remember, Grecian 2000, works for any colour hair.)

The least I could do, I thought, was buy the book. So, at the end of the evening, I sidled up to the table and asked him not to sign it, as is my preference. I handed over the ten quid, trying to balance in my mind the £2.99 profit I was making on the cover price with the £9.99 profit I knew he was making having liberated it from A****n. In the end, I decided there was nothing for it, I became philosophical, reasoning how my bar-bound tenner wasn’t really buying a product, it was subsidising an activity, and a worthy activity too in the hands of Nikesh Shukla. Talking of products, have I mentioned…

Review of King of Rabbits by debut author Karla Neblett.