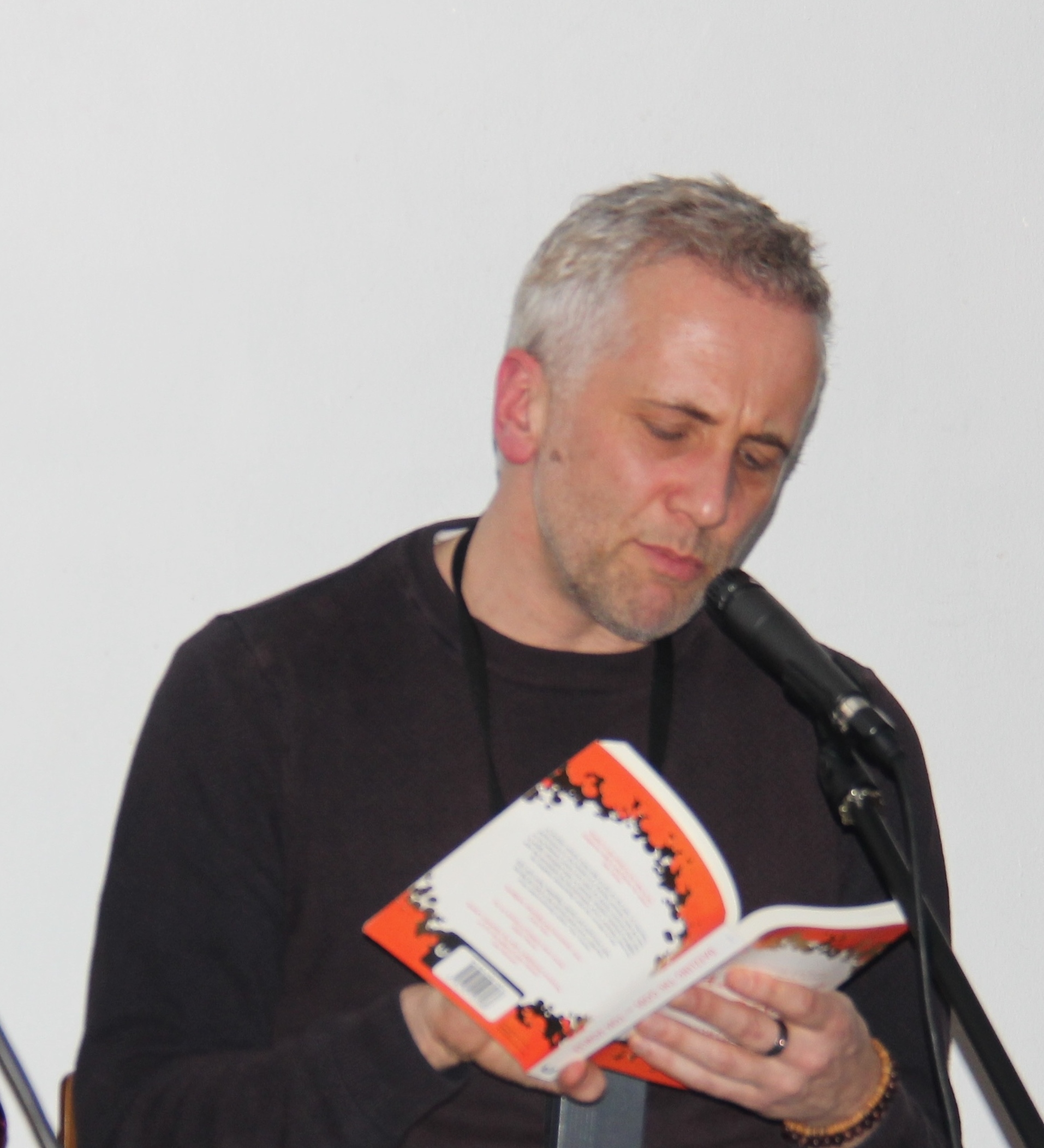 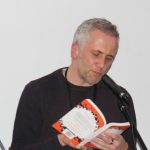 It might sound harsh, but with 500 stories in a reading cycle, a short story needs to grab his attention straight away if it has any chance of winning the £500 first prize or getting published in the literary journal.

“When you’ve forgotten you’re reading, that’s when the writer’s really done their job of breaking down the barrier between writer and reader,” he tells the eager audience at Novel Nights Bristol’s short story themed event on January 24, 2018.

Luckily for those short story enthusiasts out there, he has some key rules:
1) Voice

It has to be compelling, resonant, and plausible so you forget you’re reading.

Come at your subject matter glancingly, never deal with your theme head on.

All short stories should have at least two more subtle layers parallel or juxtaposed that complement or inform each other. They often emerge subconsciously, bubbling up from the creative swamp. Tom says free write the first draft ‘drunk’ (metaphorically speaking) and edit later drafts ‘sober’.

A short story is always reluctant to give up its meaning. Narrative compression means leaving space for the reader to become an active agent, forced to complete the story. Don’t explain anything, don’t use the word ‘suddenly’ and don’t get sentimental. That way you credit the reader with more intelligence than any other form, apart from the poem. And, like the poem, the short story has to function on an abstract level, creating room for emotions in between the lines.

So, when you go through your story delete any evidence of narration, where it sounds ‘storytellish’ and you’re half way there.

Writers must maintain their fictive world so the reader keeps going, so it’s realer than real life, so that when you are immersed in the story nothing else exists. Even Tom admits, that’s hard to pull off.

Once you’ve mastered those rules, you’ll be relieved to hear you can willfully break them all.

Tom read a couple of stories from his latest collection, Dazzling The Gods, by way of illustrating his advice to the packed room of writers. His debut collection The Method won the Scott Prize in 2010 and the Edge Hill Readers’ Prize in 2011. His novels What Lies Within and That Dark Remembered Day received critical acclaim and he’s now associate lecturer in creative writing at Plymouth University, where he completed his PhD.

All writers must be readers. And while Tom was reluctant to give recommendations – after all a list just highlights who has been left off – he did give a few great examples of the short story form: Sarah Hall’s The Beautiful Indifference, anything by Alice Munro, Colin Barrett’s Young Skins, Cat Person by Kristen Roupenian in The New Yorker (link) and one of the most extraordinary collections to be written in the last 10 years, according to Tom, William Trevor’s Cheating at Canasta. Viking is releasing Last Stories on May 15, this year, post-humously. The Irish writer intended it to be his last work and spent the last ten years of his life on it. He died on November 20, 2016, at the age of 88 (link).

“People often say the short story has no beginnings or ends, just middles,” says Tom. He suggests using metaphor, simile, allegory, checking the way your story looks on the page (paragraph spacing) as well as its rhythm and musicality. Reading aloud evokes a second sense and can help pick up errors, repetitions, sentences that are staccato, over-wordy or too similar in length. 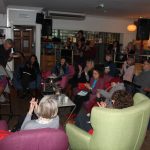 And once you’ve polished your work of art, what are the chances of publication? The good news is that the landscape is subtly changing. The bad news is that it’s still hard for a new author to publish a collection of short stories; even if you’ve won prizes, big publishing houses want a novel. The UK market likes investment in setting, plot, character before settling into a story. With each short story, the reader starts again. But it’s possible that someone out there reading this might be just the catalyst for change that will unleash a surge in demand for the ‘crack cocaine of literary forms’ – the short story.

So whatever gets you going – be it a line, a thought, an image, an anecdote – keep writing and remember what author Anne Enright’s said about John McGahern’s short stories being the “literary equivalent of a hand grenade rolled across the kitchen floor”.

You can always send your work to the Short Fiction 2018 competition (link). Issue 10 might be the last physical version but Tom assures us it will stay online and could reemerge in a new incarnation.

The blogger: Lesley Richardson won a bursary to study for a Post-Graduate Diploma in newspaper journalism and then spent over a decade as a national news reporter covering everything from High Court crime to Westminster scandals. She now works as a political writer and press adviser and is fascinated by the blurring of boundaries between fiction and non-fiction. Her first novel, Common Threads, was awarded a distinction on the MA in Creative Writing at Bath Spa and her next project is a work of speculative fiction exploring how storytelling can create a social movement, changing the way we act and think about climate change. @Leleyland

We had three very different styles of story-telling in the first half of the evening.

Mark Rutterford is becoming well-known across the region for his performance of his bitter-sweet stories, a regular at Talking Tales, Stroud Short Stories and A Word in Your Ear. His stories capture subjects of loss, regret and lost opportunities, with moments of emotion captured and performed beautifully. He explained that he often uses a prop, even a kazoo or triangle to aid the reading. Yet, for me it’s his voice that most powerfully delivers the story. His story of a man in a field contemplating a sheep was comic in tone but built to a poignant ending that left the audience with a collective sigh before the applause. It’s one of the indications to a performer that their story has lived beyond the page. www.markrutterford.com 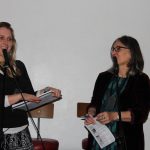 Writer, FJ Morris is the editor of Firefly magazine and told a delighted audience that she welcomes submissions. Hurrah! Her story, told from a male perspective was a muscular unsettling first-person piece, the language powerful, precise and packed with metaphor. Freya’s flash fiction has been published in the UK and abroad, with one appearing in a story vending machine at a Canadian airport. Her stories live on in Bare Fiction, Halo, The Fiction Desk, Popshot, National Flash Fiction Day anthologies, Salomé magazine, and walking the pages of the Stories for Homes Anthology 2.  Find out more at freyajmorris.com or @freya_j_morris.

Nastasya Parker’s story, The Maze, handled a theme of regret with great skill and sensitivity, one of those stories that linger in your mind after the end. The characterisation of the narrator leapt off the page as a flawed, suffering grandparent.  The story won the Gloucestershire Writers Network’s  2017 prose prize and was performed at Cheltenham Literary Festival. Nastasya Parker has been published in Bristol Short Story Anthologies, and won Gloucestershire Writers Network’s  2017 prose prize. Her novel, The Wrong Ten Seconds is about the inadvertent star of a viral video. Nastasya’s reading was a great finale to the first half.

We were delighted to welcome Ed, from the Bristol branch of Waterstones, to support the event. By the end of the evening he’d sold all fifteen copies of Dazzling the Gods and the audience had an opportunity to chat.  The Bristol branch have a dedicated short fiction section, next to poetry.