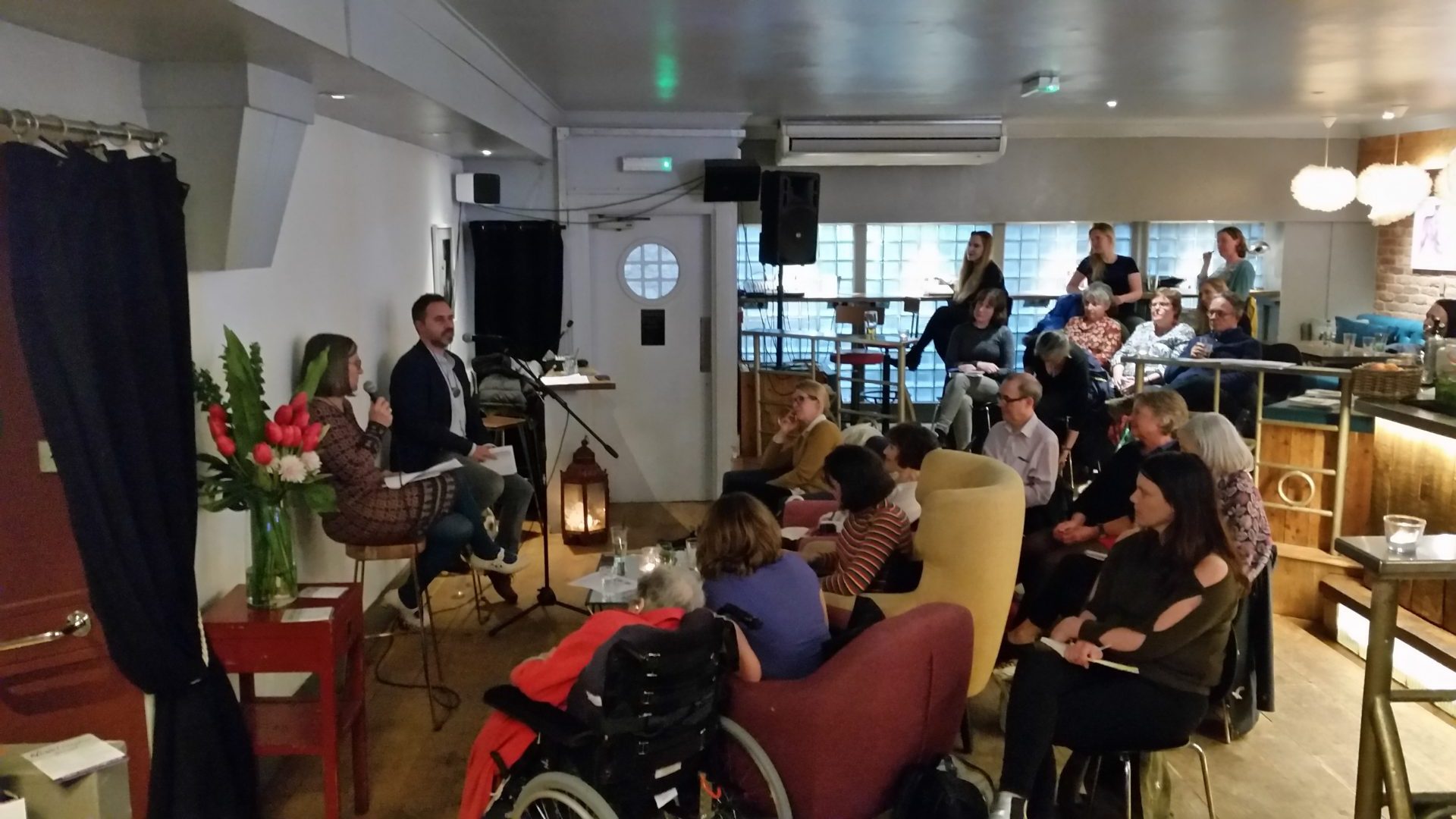 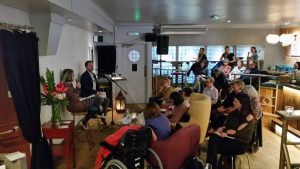 ‘A novella in flash can only be as strong as its weakest story,’ said Michael Loveday the guest author at Novel Nights in May.

This wise advice makes a lot of sense when putting together either a short story collection or novella in flash and deciding which stories make the cut for inclusion or need to be edited again.

Michael is a talented writer of flash fiction. His latest collection, Three Men on the Edge, published by V Press, was praised by Kit De Waal, as ‘a beautifully crafted novella in flash, small and perfect slices of life written with skill and heart.’ The Novel Nights audience was treated to three stories about Denholm, Gus and Martyn, men whose troubled lives are portrayed with sensitivity and gentle humour in his collection.

As an enthusiastic editor and creative writing tutor, Michael’s generous discussion with the audience covered what he learned from judging the Bath Flash Fiction Novella in Flash Award in 2019.

What nudged a novella from the longlist to the shortlist were, partly, the absence of snags. While some stories on longlisted novellas had ‘wow’ moments or brilliant flashes, weaker pieces let the whole down.

The field was so strong that the top six novellas – three winners and three highly commended will be published as single author collections by Ad Hoc Fiction.  Michael is judging the 2020 Bath Flash Award Novella in Flash.

So here’s a brief overview of what we learned:

How long is a flash?

At the upper end, flash is up to 1,000 words (though usually shorter), and at the lower end micro-fiction are stories up to 250 words. Short word counts require brevity and concision and often borrow techniques from poets in the creation of text.

How do you define a Novella-in-Flash?

It’s an exciting form of linked flash fictions that are gaining in popularity with numerous competitions and publishing opportunities for writers.

What is the difference between a collection of flash fiction and a novella-in-flash?

Michael explained that in a novella-in-flash there usually should be a strong thread that binds the flashes together, some examples might be, recurring character/s, a tightly-focused theme or set of motifs, settings, or shared plot events.

But the form of novella in flash is a wide church. Certainly, from my own reading, stories such as Sophie Van Llewyn’s Bottled Goods, longlisted for the Women’s Prize in Fiction is more novel-like with a narrative arc about a couple defecting from communist Romania, although Michael’s own novella has a coherence around character and each story stands alone.

How old is flash fiction?

Very short stories are not new at all and in Tara L Masih’s introduction to The Field Guide to Writing Flash Fiction, published by Rose Metal Press, she traces flash roots back to ancient China (AD220-63). The name flash fiction dates to the nineties (used by The James Thomas Flash Fiction Anthology), however and is a term Michael feels some resistance towards, for its connotations of flashy and fast. It’s clear that to excel in this genre every word must earn its place on the page and needs to be carefully crafted.

Why bother with flash?

Indie presses are publishing flash fiction and for writers it can be a way of getting a single author collection out there. Michael listed some of the publishers accepting flash – Fairlight Books, CB Editions, V Press and Ad Hoc Publishing. 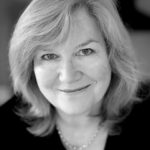 And Michael Loveday has just started an online course for those writing a novella in flash. It’s clear that the future is bright for flash writers. Good luck!

The May Writers’ Showcase:

Deb Tomkins, treated us to her moving flash fiction about climate change. She’s written two novellas in flash and both have reached the longlist of the Bath Novella-in-Flash Award. It can only be a matter of time before her work is published. Deb founded and runs Bristol Climate Writers. @tomkins_deborah

Jennifer Gray is a new recruit to flash fiction and her story about wallflowers, full of bittersweet teenage angst, was pithy and punchy. @jcgray_jennifer ‏

Nicholas Ridley amused the audience with his story about an editor relieved that an author she worked with had died. At the man’s funeral she discovers he has a stash of manuscripts that she will be required to edit and takes the easy way out. Nicholas writes fiction and nonfiction and is a Pushcart nominee. His short stories have been published in the UK , Ireland, Canada and the USA.

Diane Simmons read a story from her flash collection, Finding a Way, published by Ad Hoc Fiction, and shortlisted for the 2019 Saboteur Awards. The book deals with a family dealing with their daughter’s death. Diane’s work has been widely published and placed. She is part of the organising team for Flash Fiction Festival UK and co-director of National Flash Fiction Day. @ScotterWriter

Chloe Banks closed the Writers Showcase with a flash from her novella-in-flash, At the Bottom Of the Stairs which reached the shortlisted of the Bath Flash Award. Chloe’s first novel, The Art of Letting Go was published in 2014. Since then she’s focused on shorter fiction which have gained shortlistings, publication and prizes. Connect with her on @ChloeTellsTales or her website.