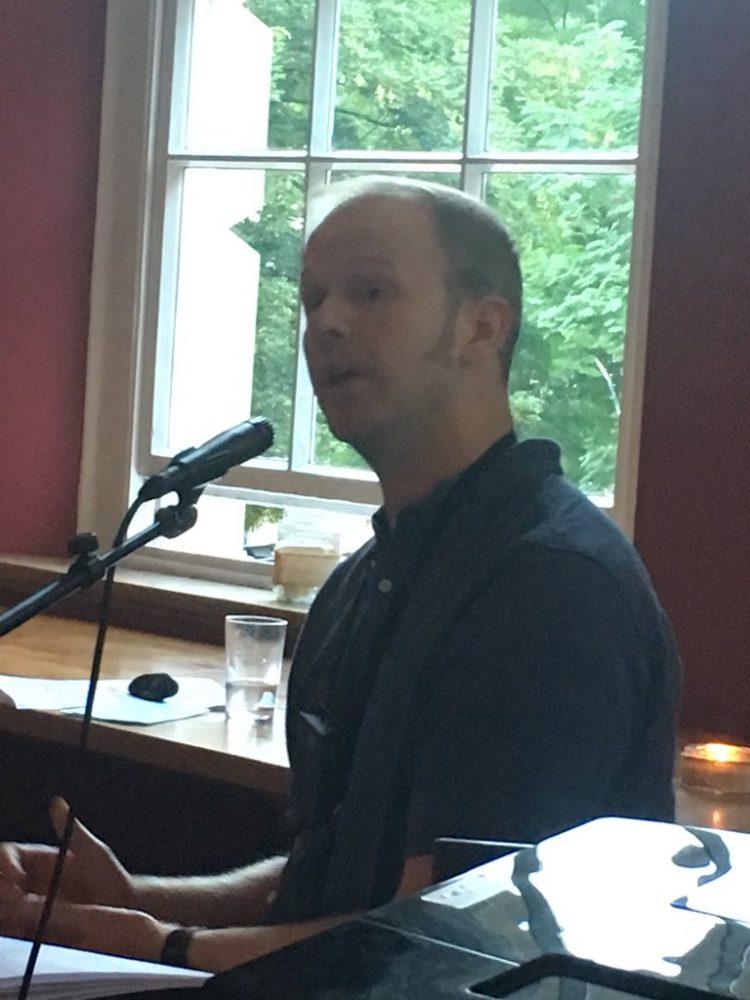 How music can help writers 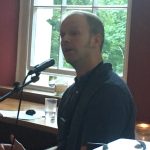 Tyler stressed the importance of not getting stuck in a rut, a process described by Sylvia Plath as ‘ossification’, and identified three ways we as writers can use music to help our writing.

Quoting from Homer, ‘Sing in me, Muse, and through me tell the story’ (The Odyssey), Tyler discussed the reciprocal, symbiotic relationship between music and writing. He gave the example of Joyce Carol Oates’s inspiration to write Where Are You Going, Where Have You Been – a harrowing short story based on the case of Charles Schmid, the Pied Piper Killer – from the line ‘The carpet moving under you’ in Bob Dylan’s It’s All Over Now, Baby Blue.

It is all too easy to put off writing; writing is hard. Tyler referenced Stephen King’s On Writing, in which the King of Horror advises the writer to find a room of one’s own with no distractions. ‘Music,’ says King, ‘is just another way of shutting the door’.

The slipstream novelist, Jeff Noon, can’t write without it. The author of Vurt selects Dub or Pixies as his music of choice. And what about the audience? We chose, and the clanging guitar chords of Where is my Mind? cut through the heat.

Authors such as Noon and Jack Kerouac have emulated the rhythm and cadence of music in their writing.

Tyler introduced this point with the example of the madeleines in Remembrance of Things Past (Marcel Proust).

Tyler described the evolution of his own relationship with music and writing. He used to prefer to listen to music as a means of finding the atmosphere in advance of writing a chapter. By way of illustration, we were treated to Hold on, Hold on by Neko Case. This he associates with a scene in The Drive (2013), in which his character, Venus, performs in a fundraiser for women in need, that is gate-crashed by Hell’s Angels, turns into a blindfolded shootout, and ends in a karaoke. By, what could possibly be described as synchronicity, or meaningful coincidence, this author had just read the scene that day. 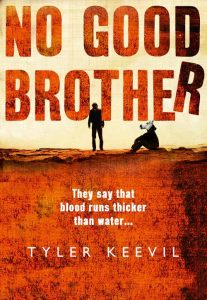 With his latest novel, No Good Brother (2018), Tyler had his brother’s (Jonathan Keevil) music playing in the background, describing it as like ‘a voice in the back of my head’. He ended his talk by playing Babyfin from the original soundtrack of ‘Bellflower’ by Jonathan Keevil.

Tyler Keevil grew up in Vancouver and in his mid-twenties moved to Wales. He writes novels, short stories, screenplays, and non-fiction, and has received numerous awards for his work, including The Missouri Review‘s Jeffrey E. Smith Editors’ Prize, the Wales Book of the Year People’s Prize, and the Writers’ Trust of Canada / McClelland and Stewart Journey Prize. He is a lecturer in Creative Writing at Cardiff University.

In the first half of the evening, three authors read their work.

Jean Burnett, writing as Fran Kempton, read an extract full of intrigue and music from the first in a trilogy set in Renaissance Italy. Her novel, The Devil’s Tune, was published by Chetwynd Books in April 2018.

Short story and flash fiction writer, and Aesthetica Short Fiction Winner 2016, Christina Sanders, highlighted an event for procrastinators: TheWriteDay, at The Black Swan, Frome http://www.writeday.co.uk/. Her reading a sadly beautiful extract from her novel took us into the mind of a woman of a student daughter.

Jari Moate read a searing extract from his forthcoming novel partly set in Syria. Dragonfly is out on 20th October from Tangent Books. 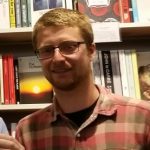 In the first of what is hoped to be a regular section, Pete Birchenough, from @Foyles, Cabot Circus, gave an overview of trends in book sales. It was heartening to hear that short stories, novellas and novels from debut authors are gaining interest. Examples given of recent short story collections were Her Body and Other Parties by Carmen Maria Machado, and the latest by Haruki Marakami, Tessa Hadley and Helen Dunmore.

This was an informative, engaging and quite magical musico-literary event.

Novel Nights hopes to have Tyler Keevil back later in the year for a workshop. Get there if you can. 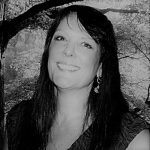 Amanda Read is a writer and botanist. Her writing celebrates plants, nature and supernature. An MA (distinction) in creative writing (2017) at Bath Spa University brought to fruition her first novel, Ya’axché: The World Tree. With her next project, a literary adventure, she is exploring the writer-reader relationship: how the choices made by writers influence perceptions of plants and conservation. www.amandaread.net Connect with her: @_ReadAmanda