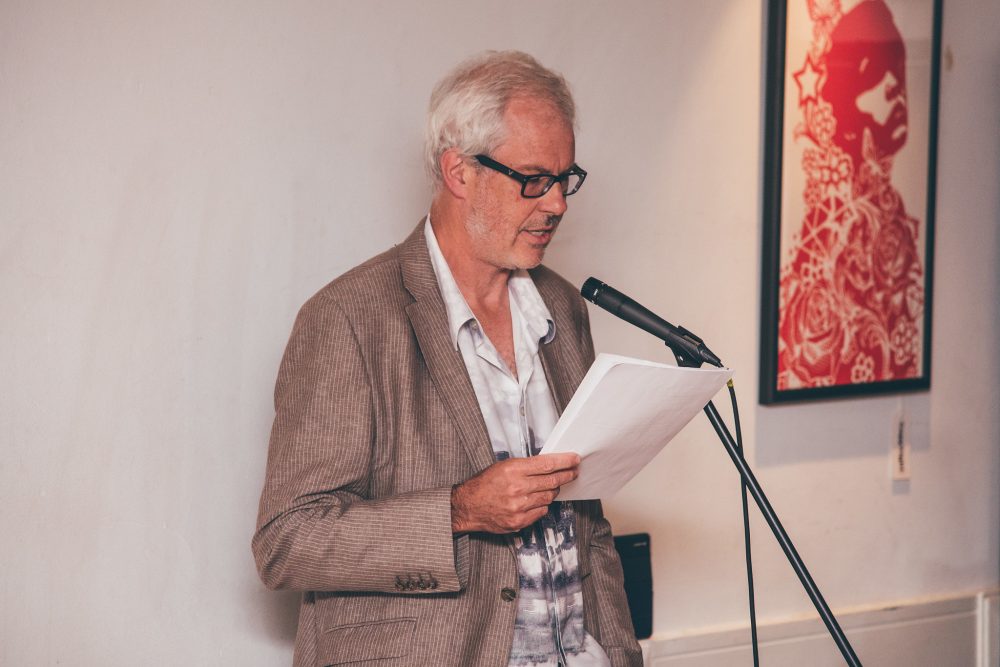 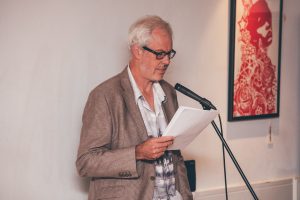 In the spring of 2016 I finished writing my second novel, THE TRUTH ABOUT ARCHIE AND PYE. I’d started writing it in the autumn of 2014, in the first term of my Creative Writing MA at Bath Spa University. It wasn’t the book I’d expected to write on the course, because I’d somehow imagined that I was going to end up doing something serious and literary. However, I find it very difficult to remain serious for very long and I think most of my tutors understood this. So with their indulgence and encouragement, I ended up confecting the knockabout comic thriller I’d secretly always wanted to write.

Writing a knockabout comic thriller is one thing, but selling it is a whole different ball game. Round about the time I was writing my first novel MRS DARCY VERSUS THE ALIENS, I remember going to a writers’ conference, where one of the speakers told us all in no uncertain terms that it’s virtually impossible to sell a comic novel. I ultimately proved her wrong, but it took a lot of hard work and a fair bit of luck to get MRS DARCY published. Was I really about to go through the same pain all over again?

It seems I was. The very next day after I’d sent off the first half dozen agent submissions, I was alarmed to see one of my targets literally tweeting that the two words he did NOT want to see in submissions were “comic thriller”. It was too late for him, but I immediately changed the wording in my covering letter to “fast-paced, witty thriller”.

It was still no good. I did have several requests to see the full manuscript, but ultimately the final verdict boiled down to “we like this, but we have absolutely no idea what to do with it”. This went on for over a year, as I gradually worked my way down the list. Come the summer of 2017, I was beginning to run out of options. I had pretty much given up on agents and was now drawing up a list of independent publishers. I wasn’t massively hopeful about these, either, as the independents tend, if anything, to be even more interested in serious and literary stuff than the majors. I don’t give up easily, but I could feel myself beginning to wonder if the book wasn’t actually that good after all. 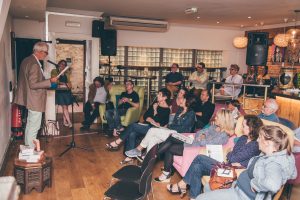 Then I noticed that my Bath Spa tutor Celia Brayfield was speaking at Novel Nights. I’d always meant to go along and this was the catalyst. I thoroughly enjoyed the evening and I decided there and then that I should throw my hat in the ring for the next session. If I read some of ARCHIE AND PYE out to an audience and they liked it, then maybe that would restore some of my confidence in the project.

After an impressive piece of misjudgment, where I initially submitted a section of the book with several very bad words (possibly as a subconscious dare to myself to actually read it out), the replacement I offered was accepted, and I duly read it out in July of last year. I think it went down well, but in many ways the very fact that I’d been allowed to put it front of an audience was enough to bring it back to life.

The road to publication still had several bumps along the way. Very few of the independent publishers I’d approached bothered to get back to me, and the one that did lost interest soon afterwards. However, my confidence in the project had been sufficiently restored for me to consider other paths, perhaps via Unbound (if they’d have me) or even self-publishing. I’d got as far as drawing up a plan and a rough budget for the latter, when in January of this year I noticed a tweet from an editor at an independent I’d never previously come across asking for authors of humorous series to get in touch. The odd thing was, I’d always considered ARCHIE AND PYE to be the first in a series, so this spoke directly to my ambitions. I got in touch and a month or so later I’d signed a contract with Farrago Books. The first one is due out in September and the follow-up in March of 2019.

Would I have found a publisher without Novel Nights? Possibly. But it’s also quite possible that I would have given up on it altogether. Writing is a lonely existence, and validation is a precious commodity. There are plenty of places where you can read out short stories and poetry, but precious few where you can try out your novel in front of a live audience. 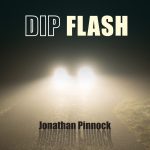 Jonathan Pinnock’s second collection of short stories, DIP FLASH, is published by Cultured Llama. His website is at www.jonathanpinnock.com and he tweets as @jonpinnock.